Not since the 1950’s has Britain witnessed such a vast and transformative investment undertaken to improve the country’s transportation infrastructure. 1954 marked a stark turning point in Britain; still recovering from the effects of the 2nd World War. The ‘Modernisation Plan‘ introduced the means of increasing speed, reliability and line capacity of the British railways. Despite being deemed a failure for missing the opportunity to cater to changes in culture in the Post-World War climate, the ‘Modernisation Plan’ was the catalyst for change within the railways; the impact of which would be felt for the next half a century. 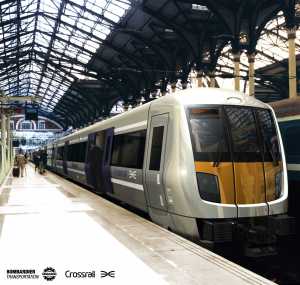 Steam locomotives were replaced with diesel engines and key suburban lines were electrified. Yet the efforts still fell flat, “a costly failure to simply update the railways as they already stood, rather than reacting to changes in the way goods and people were traveling in the post-war years.” Now, 62 years later, the Crossrail project does, to a certain extent, react to the challenges faced by Britain, a nation largely reliant on the economic powerhouse of London. Crossrail seeks to link London with its neighbouring regions and increase London’s sphere of influence further still by facilitating an ease in mobility. Yet, today’s culture has changed and the management of the project has badly misinterpreted the shift.

The emphasis on projects being delivered on time and in budget has never been greater than in the burgeoning post-austerity landscape of the modern UK. Yet, a recent article in The Observer indicated a leaked assessment of Crossrail “paints a picture of a project veering towards disaster.” Crossrail is Europe’s largest construction project, and the management style employed seems to be focused on achieving its safety, budget objectives and timescales. The wastage which was widespread in similar projects of the past, is now addressed in an overzealous manner.

Project managers, keen to ensure that mistakes are not repeated, are cracking down on the lapses in the workforce. The Observer article indicates that the assessment “praises the good intentions of those managing and working on [Crossrail], but condemns a culture in which “individuals cannot move and work freely as they are constantly looking over their shoulders and in fear of reprisals”.

It appears that Crossrail may have repeated an even bigger error, as seen by the ‘Modernisation Plan’ before it. Crossrail is designed for the world of today, not tomorrow. The attention is on the now, that is, the importance of London to the UK. The consideration for the future, the better integration of the country as a whole, from north to south, is the project that the UK should be crying out for.